It's International Women's Day and we're celebrating with a playlist featuring some of our favourite music from some of our favourite female artists. Our playlist takes in neo-soul, punk and rap but what all these women share is their individuality, their undeniable creative spirit and a refusal to be anything other than superb music makers. We also include examples from the classical world and female composers whose work was in danger of being lost forever. 'We salute all the people today, of both sexes, who are working to ensure that these lost voices are once again being heard,' says Cathy Graham, Director Music at the British Council. You'll find the full stories to accompany each piece of music below including who chose what and why. Let us know who you’re listening to by getting in touch with us on Twitter.

Billy Nomates is an artist I’ve only recently discovered – Portishead’s Geoff Barrow recorded her album and she has a recent collaboration with Sleaford Mods. Her post-punk sprechgesang style is best exemplified by her single, simply called ‘No’. Speaking to the NME last year she said: ‘In a world of yes men, I’ll be a no woman, thanks.’ I suspect we’ll be hearing a lot more from her!

Find Billy No Mates on Bandcamp

I haven’t had this off repeat since we had Connie on Selector Radio as our guest for the Selector at 20 anniversary show. Is there a better example in the UK right now of an artist that refuses to be held down by preconceptions and expectations?

Above: Connie Constance on Selector Radio's 'Selector at 20' show with Jamz Supernova in January 2021. Also available on Mixcloud.

Clara Schumann wrote her Piano Concerto at the age of 14 but largely lost confidence in her composing in her mid-30s and became silenced by the duties of family life. Married to the composer Robert Schumann, she said: ‘I once believed that I possessed creative talent, but I have given up this idea … a woman must not desire to compose — there has never yet been one able to do it. Should I expect to be the one?’

Poly Styrene – Oh, Bondage Up Yours

Poly Styrene, frontwoman of X-Ray Spex, was one of the first feminist punks who really challenged objectification of women in music and being moulded by music moguls and managers. ‘Oh, Bondage Up Yours’ gives a flavour. NB. also chosen by Connie Constance on her recent guest appearance on Selector Radio.

Here’s a dreamy, hopeful track for days ahead bringing sun and blue skies. I love the shimmering vocal harmonies. Jelly Cleaver is a band leader, singer-songwriter, guitarist, producer and activist involved in the jazz and DIY/punk scenes in London. 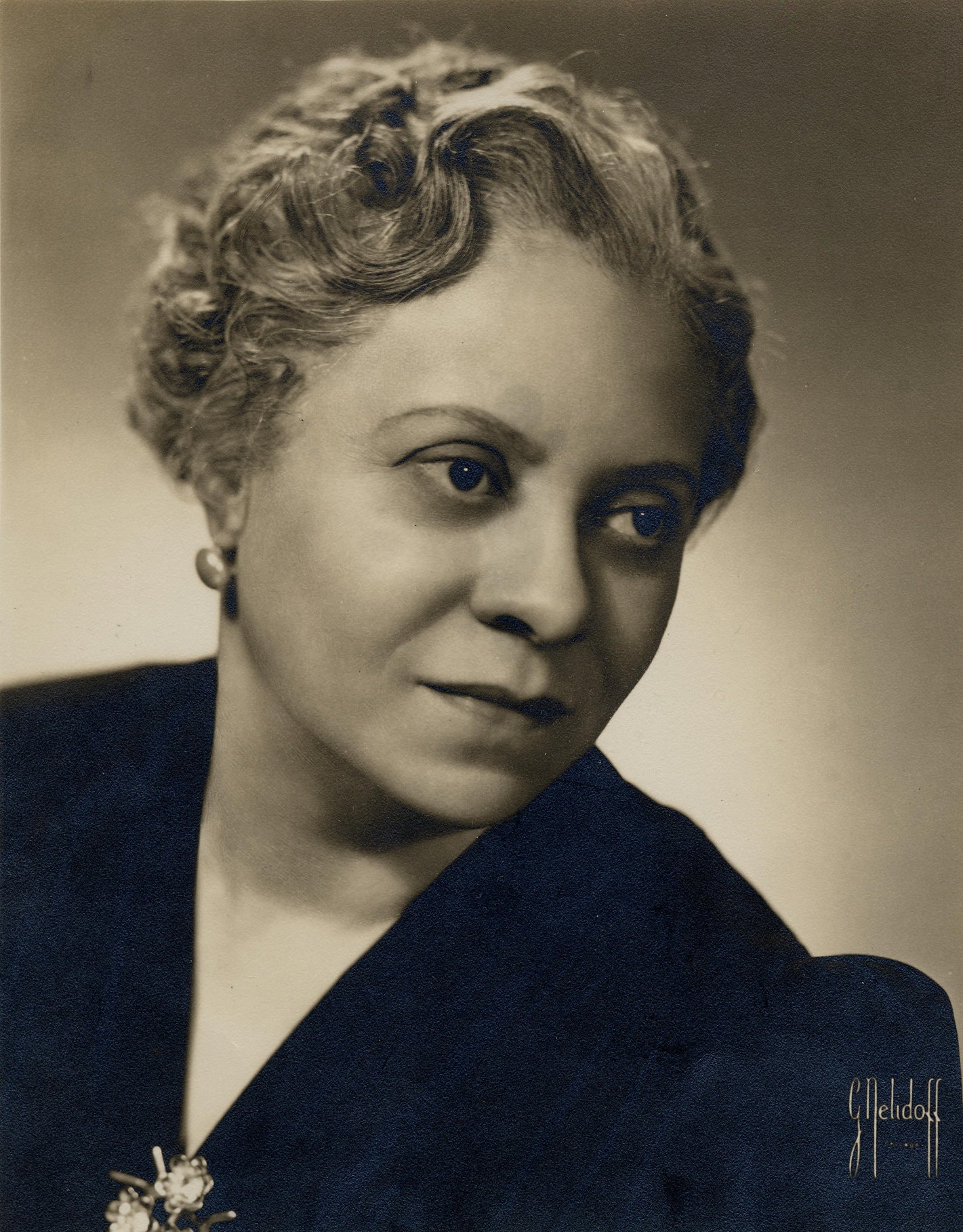 Above: Florence Price, who faced huge barriers in music because of her sex and race. Photo from New York Times: 'Welcoming a Black Female Composer ...'

Florence Price – Symphony No. 4 in D Minor, I. tempo moderato

Florence Price refused to be silenced despite the prejudice she faced. Price is noted as the first African-American woman to be recognised as a symphonic composer, and the first to have a composition played by a major orchestra. Her work is once again being performed, championed for example by the UK’s own Chineke! Orchestra. In a 1943 letter to the conductor Serge Koussevitzky, she introduced herself thus: ‘My dear Dr. Koussevitzky, To begin with I have two handicaps — those of sex and race. I am a woman; and I have some Negro blood in my veins.’

Mathangi "Maya" Arulpragasam MBE, more commonly known as M.I.A. is an English rapper, singer, record producer, and activist, born to Sri Lankan Tamil parents. She is fiercely political and her outspoken views have been known to cause controversy. Here's 'BORN FREE' as recorded on David Letterman's show where you might recognise a guest appearance from Martin Rev from Suicide.

There were not many musicians prepared to stick their neck out and go on record when it came to making their views heard about the money, or lack of money, they receive from streaming during the recent UK government inquiry. And you might argue, who can blame them when a career as an artist can be so fragile? Enter Nadine Shah: ‘I have a substantial profile, a substantial fanbase, I’m critically acclaimed but I don’t make enough money from streaming and am struggling to pay my rent.’ In celebration of her music, I’ve picked out ‘Club Cougar’ from her most recent album, Kitchen Sink which sums her up: singular, intriguing, unafraid.

The second verse in Club Cougar is made up of responses to properly misogynistic lyrics in songs like ‘Baby it’s cold outside’ and ‘Wives and Lovers’. And yes, those are my cat calls too! #TimsTwitterListeningParty pic.twitter.com/ZkrNknYGuw

Above: Nadine Shah explains on Twitter how she went about skewering famous examples of 'properly misogynistic lyrics' on her track Club Cougar.

Artist, songwriter, guitarist – and MBE since 2013 – Polly Jean Harvey is a true free spirit. Winner of not one but two Mercury Music Prize Awards over her ever-evolving career and inspirational to so many artists. There are few female artists who enjoy critical success over many decades, so let’s celebrate and look to longevity for women in music who keep producing terrific music.

Who can fail to be inspired by writer, mystic and visionary Hildegard von Bingen (Germany, 1098–1179)? A Benedictine Abbess, she managed to found two monasteries and also left us the morality play Ordo Virtutum and a further 69 compositions. Today she is known as one of the first identifiable composers of Western music – male or female – and yet study of von Bingen’s music is only relatively recent.

I have great admiration for Little Simz – a British rapper of Nigerian descent, who has forged a bold and independent course. She releases her own music, keeping her creative and music rights, and in spite of winning admiration from the likes of Kendrick Lamar, has sometimes struggled to receive the same level of acclaim her male UK grime counterparts have. 'Offence' is the business in attitude.

I discovered the WOOM band at Brainchild Festival in 2018 and then re-heard them on Zakia Sewell's NTS radio show Questing later that year. The four-piece all female band have just released their debut EP Into the Rest – a collection of ethereal choral-like songs. I always feel inspired by women artists but especially all-female groups – I love the simple beauty of female vocals together in harmony.

Yet another talent from the South London jazz scene, Tru Thought’s Ego Ella May has a self-evident love of music that she pours into everything she produces. But the sound is effortless – her own brand of very, very late-night neo-soul. Though I also love the wonderful ‘How Long ’Til We're Home’, her track ‘Girls Don’t Always Sing About Boys’ sums up her honesty with thought-provoking lyrics and reflections about contemporary womanhood: ‘We’ll go to school and get married and start a family / the cycle continues when we don’t question what we’re into.’

Find Ego Ella May on Bandcamp

Denied a scholarship from the Royal College of Music for being a woman who ‘will only get married and never write another note’, Elizabeth Maconchy defied gender prejudice and became one of the most respected composers of her time. If you listen carefully, you’ll hear this work at the start of episode 12 of the astounding recent TV series You May Be Destroyed.

Intelligent, soulful and – when you consider her huge talent – often understated, Rosie Lowe is one to follow. She’s not prolific – ‘my favourite artists take 10 years between albums, so I’m always like, pfft’ – but everything she does exudes craft and quality and we’ve been fortunate to work with her on a few overseas projects, most recently as part of our UK-Russia Year of Music. I’ve chosen ‘The Way’ which, while perhaps at the more commercial-sounding end of what Rosie Lowe is all about, also points to her confidence to make the music she wants to make whatever the sub-genre. ‘I found myself resisting that song,’ she told the Guardian in 2019, ‘but I love the cheesy stuff, too.’

Welsh-born, London-based Kelly Lee-Owens has been going from strength to strength since her 2017 debut album which was nominated for a Welsh Music Prize. I’ve chosen ‘Melt!’ from her most recent album, Inner Song. Its driving bass and rolling rhythms serve as a reminder of the much-missed energy usually found in UK clubs and festivals, which have sadly been silent for the past 12 months.

Heka responded to our Selector Radio request for Selector Submissions during the UK lockdown last year – we called out for UK artists to send in their new tracks, many of them created in isolation at home. We loved her track so much that not only did we play it on the radio, we also put her forward for a live performance online for WOW Istanbul.

Hannah Kendall’s ‘Hot Summer No Water’ – part of her Tuxedo series, inspired by Jean-Michel Basquiat’s artwork – touches a nerve when it comes to my feelings about recent times, from the Covid-19 pandemic to the killing of George Floyd. Co-commissioned by hcmf// and the Riot Ensemble as part of their digital Zeitgeist series, Kendall’s abstract piece is a sonic depiction of a time of emotional and physical riots – manifested in a stark moment with an ACME Metropolitan whistle within this solo cello work. But this is also a celebration of young female composers with an unquestionable thirst for action.